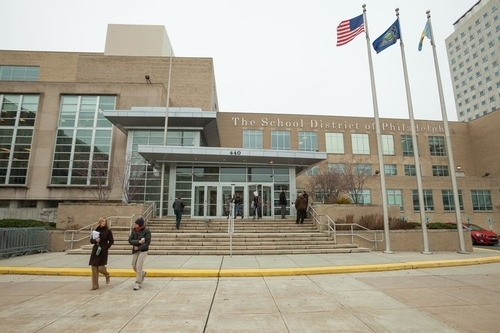 As the School Reform Commission voted to dissolve itself in 2017, a new era for Philadelphia schools suddenly became tangible, Mayor Kenny stating in an NBC 10 article "The time is right to return the School District of Philadelphia to local control and accountability." [1] Yet four years later for the thousands of families looking to the Board for decisive and representative leadership, accountability remains a pipe dream: This has never been more true following the Board of Education’s new policy regarding public testimonies made effective January 6, 2021.

As a district we must ask ourselves, how can there be accountability when the Board has implemented an oppressive and muzzling policy?

“Individuals will be registered on a first-come-first-served basis, subject to the following exceptions, with a limit of thirty (30) speakers per meeting. Each speaker will be given two (2) minutes to address the Board”

How can there be change as we silence the voice of the people? If playing by the “Goals and Guardrails Plan” [2] Claiming public voice is paramount in carving a new path, yet limiting the number of people that can be heard and the amount of time they can speak… is in fact, our biggest guardrail. To determine what is “too lengthy”, “Irreverent”, and to threaten prosecution for disruption, in a city affected by poverty, is nothing short of concerning.

Again, this magnifies the lack of transparency from the District. Only a small fraction of students are even made aware that board meetings are taking place, and even less understand how to register for them. Students are interested in speaking, but much information, specifically this update to the Board meetings public testimony rules, was not publicized for all to read. The same happens with many Action items which are hard to find on the website or are written in such language that the general public can not interpret it. If the voices of the District were truly important to the board, new information would be easy to access and understand.

As the limit of students that may speak is limited to ten,

“Students will be registered on a first come first served basis, with a limit of ten (10) speakers per meeting.”

Do not look “forward to opening up new channels of communication with our school communities… and to bring new measures of accountability to our work” as President Wilkerson said, and then close those channels with unjust policies. The Board meetings should reflect our district, which serves thousands of students, parents, and staff. If 125 people have taken the initiative to voice their opinions during lengthy board meetings, is it the board's duty to hear all 125 speakers (still a fraction of the population). If ensuring true representation is far too great a task for those serving us, the public should be nervous.

Systemic racism that festers into the hearts of our schools, a pandemic, concerns with reopening schools, and mental health issues, plague our classes. The necessity of coming together has never been more clear, for if we don’t we allow these struggles to win and fail our students. It is the moral obligation of every person to not just take a passive role in education, but to be active and fierce advocates for equitable education, for our youth, and for representation.

[2]“Goals and Guardrails .” The School District of Philadelphia, www.philasd.org/schoolboard/goals-and-guardrails/